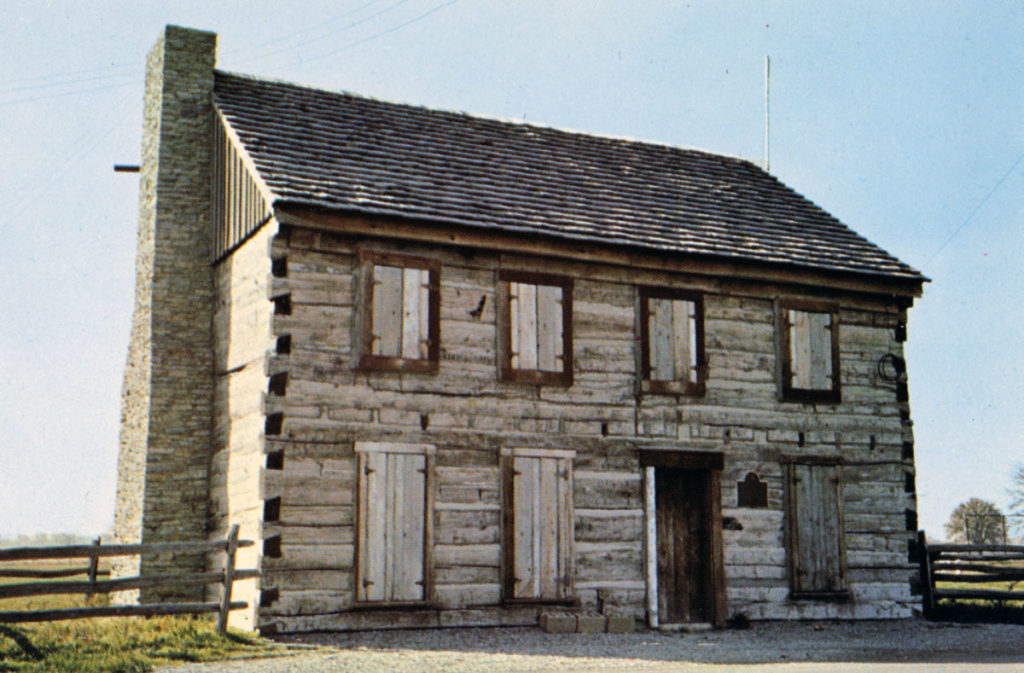 The log cabin that is currently situated behind the Mansion House in Centerville started in the town of Salisbury well more than 200 years ago.

Wayne County’s first seat of government was the village of Salisbury, which was located near the intersection of present day National Road West and Salisbury Road.  The first court house was a temporary one made of logs and built in 1811.  Almost immediately, the new town of Centerville began its effort to be named the county seat, with the citizens of Salisbury working just as hard to retain the designation.  In late 1816, they built a new brick court house, but Centerville did not give up, building its own courthouse to match Salisbury’s.

The legal battles continued, but by the mid-1820’s most of Salisbury’s businesses moved to Centerville, along with the county government, and Salisbury slowly vanished from the map.  Since building material wasn’t particularly plentiful on the frontier, it was common to reuse brick and logs in new houses, and much of the material from the two courthouses came to the booming town of Richmond.  For more than 100 years, the logs from that first courthouse were hidden under wooden siding in a residence on North 5th Street.

When the house was razed in 1952 the logs were carefully removed and reassembled in Centerville near the school complex.  It moved once again in 1998 to its present location behind the Mansion House on Main Street in Centerville.

The image above is a postcard from the 1960s.  Its current location can be seen on Waynet at: